The Best Quotes About Love, Courtesy of ‘The Office’

JAM Forever
You assume your parents are soulmates. My kids are gonna be right about that. 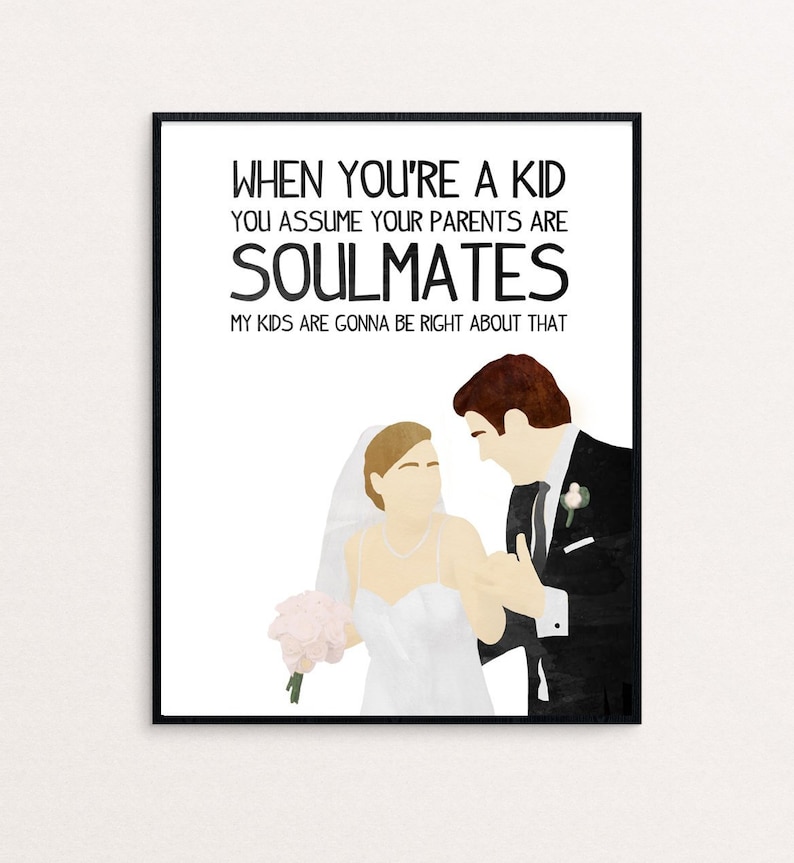 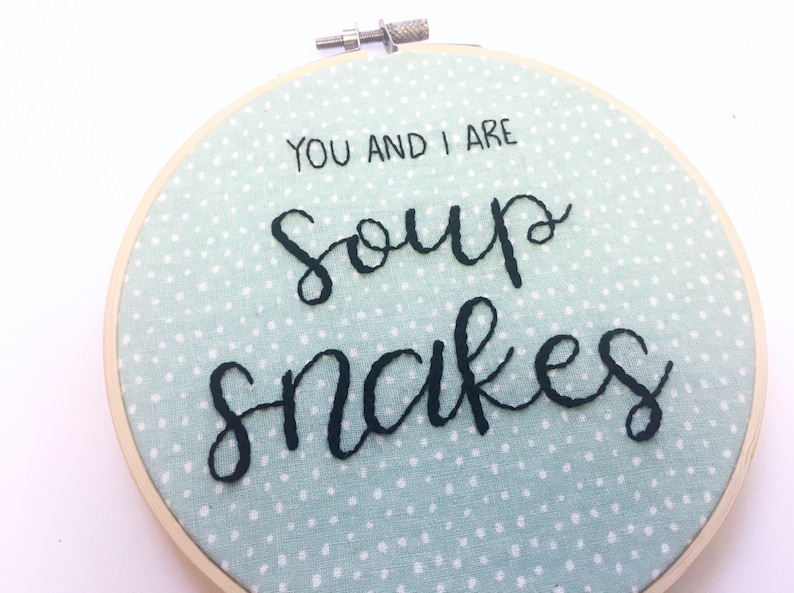 Check Price
Best Boss
I think that pretty much sums it up. 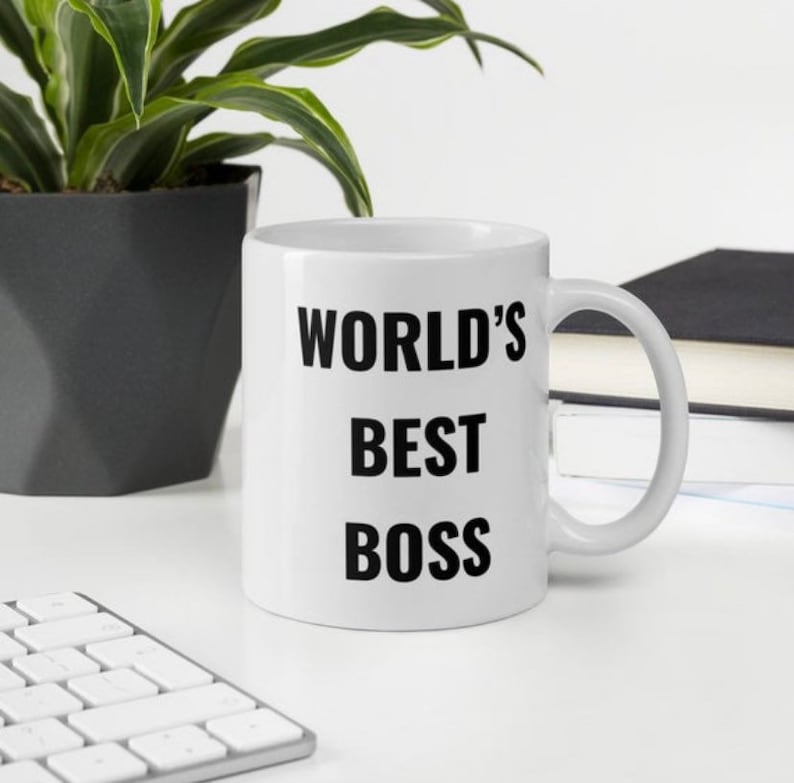 The American version of The Office is an acquired taste, to say the least. But, hang in there past the first season and you’ll find an endearing, sweet, and somehow wholesome show about complex, silly, and sometimes even lovely characters. The relationships and the character development are worth the oftentimes cringey (sometimes offensive) humor.

Of course, Pam and Jim are on our list of love quotes from The Office. Granted, Jim has the best "love" lines and makes more than one appearance on this list. But, like in life, The Office says so much with subtext. Sometimes, you can't come out and say exactly how you feel, but you can drop off a bobblehead anonymously at a coworker's desk, fill a teapot with sweet memories, play incessant pranks on coworkers, and air high five all the livelong day.

Somehow these characters weaseled their way into our hearts with their ultimately redeeming qualities (even through season 9, I mean come on, Andy!). Luckily through streaming services, The Office is available to watch and re-watch, hopefully for years to come. Now available on Peacock, The Office can turn a rough day (or year, looking at you 2020) around with humor, understanding, and wit. Even when you want to slap Michael Scott—thanks, Kelly.

Dwight, Angela (aka Monkey), Kelly, Michael, and Phyllis all have a spot on our list too. Whether it’s romantic or familial love, these are our favorite love quotes from The Office.

If you've found your soup snake, don't let them get away. Micheal and Holly's journey back to each other is the sweetest. They are truly the cutest, with their Yoda impressions, singing presentations, and huggy monsters. 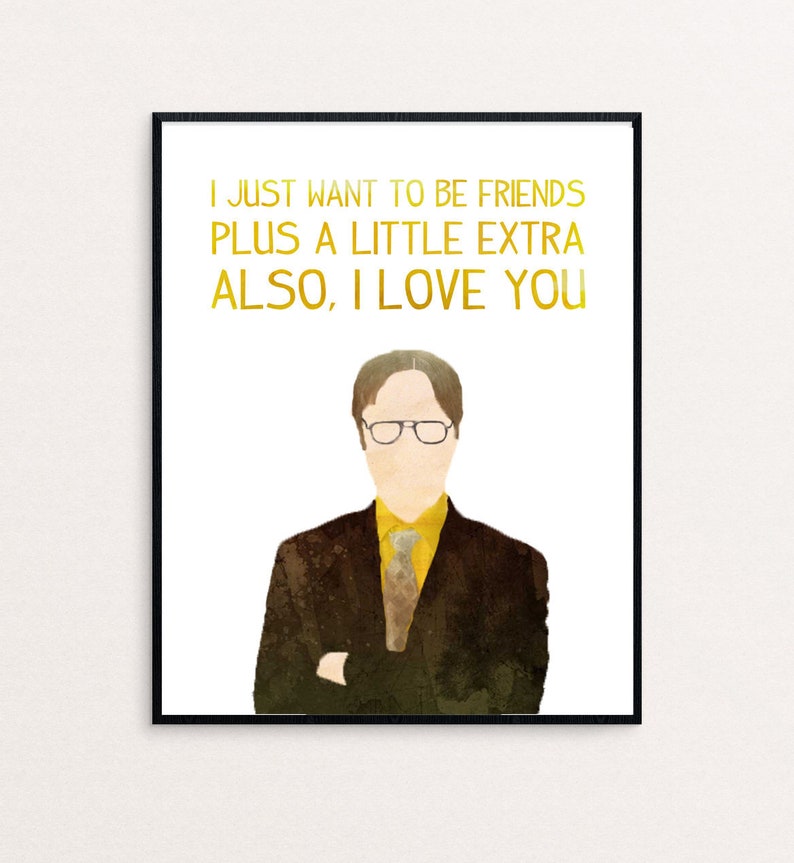 When Angela tells Dwight that she can't be his "monkey" anymore, it broke our hearts. But maybe not as much as her heart broke when he.killed.her.cat.

You assume your parents are soulmates. My kids are gonna be right about that.

"How you never doubted for a second that I'm the woman you want to spend the rest of your life with. I guess he's never felt that with my mom, even at their best." ~Pam

The couple you root for even when things get weird or uncomfortable. (Philadelphia Jim, really?) Their chemistry and sweetness worked even when their communication skills were lacking. "Suppose your office buildings on fire, who would you save?"~Captain Jack

Jim is kind of a jerk to Katie in this episode, but when you realize that the woman you love might actually marry someone else, you tend to get a little moody. Also, Micheal's advice to Jim at the end of the episode is perfect.

The Fact That We Belong Together 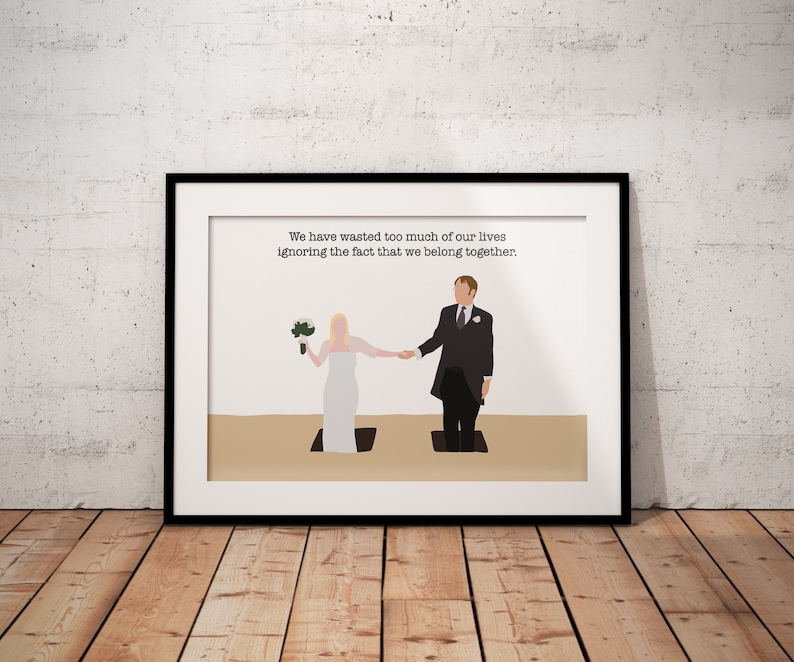 "The eighty or ninety years I have left in this life. I wanna spend with you."~Dwight 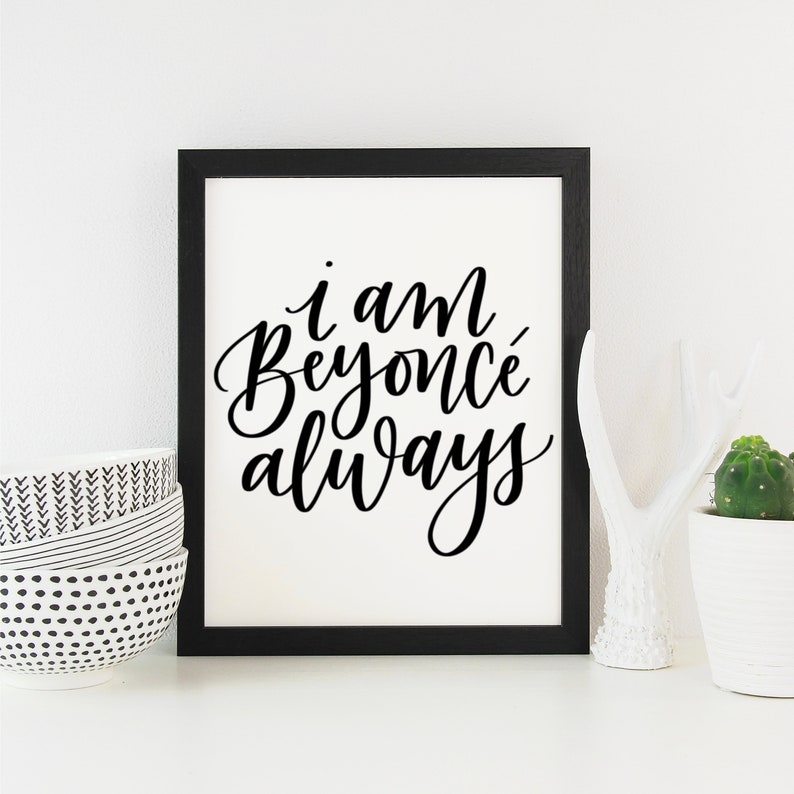 "I am Beyonce, always." ~Michael

The ultimate self-love. I too, am Beyonce always.

While this isn't technically the scene in which Micheal tells Gabe that he'll kill him if he hurts Erin, it works. Maybe Michael threatened to kill people too much? (The answer is yes, he did.) He also threatened to kill Bob Vance on his wedding day to Phyllis. Okay, Michael did a lot of horrible stuff, but Gabe was a creeeeep. Michael and Erin's sweet dad-daughter relationship got off to a rocky start, but in the end, Michael realized that she's part of the fam and he's gotta treat her like it. 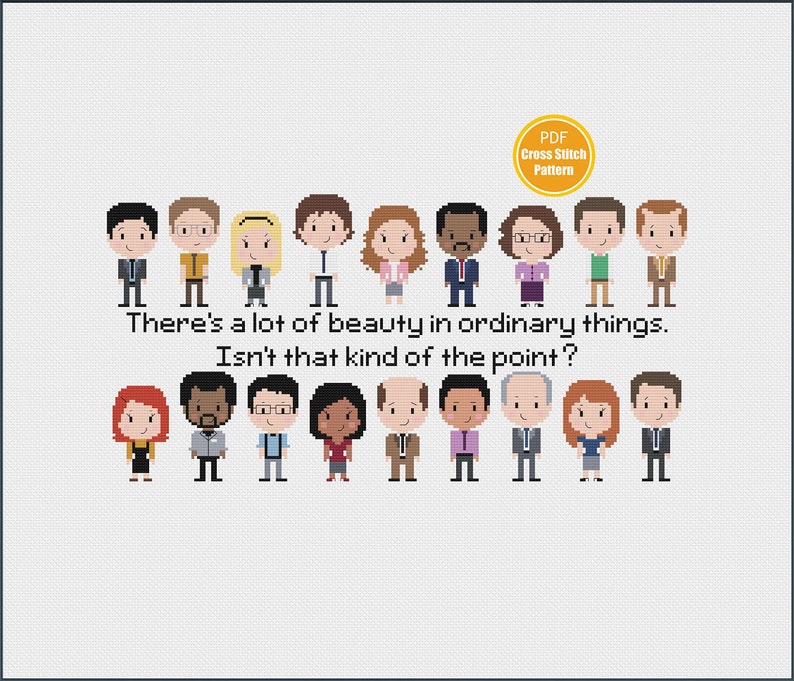 "There's a lot of beauty in ordinary things. Isn't that kind of the point?" ~Pam

Coming to the realization that you love and care about your coworkers is a strange moment. Coworkers can become like family... even though sometimes it's more sibling rivalry than best friend status. But then, on occasion, they can become your real family too.

I think that pretty much sums it up.

"And then tomorrow, I can tell you... what a great boss, you turned out to be. The best boss I ever had." ~Jim

The best part of Jim and Michael's relationship was the respect that Michael finally earned from Jim. Jim realizes somewhere around season 4, particularly in "Survivor Man" that Michael, while so inappropriate and inept, is just doing his best. He also realizes his shenanigans may end up landing him in middle management at a paper company too.

The pure joy on Dwight's face when he receives the bobblehead is enough to re-watch the whole series. Angela's reaction is endearing as heck too. 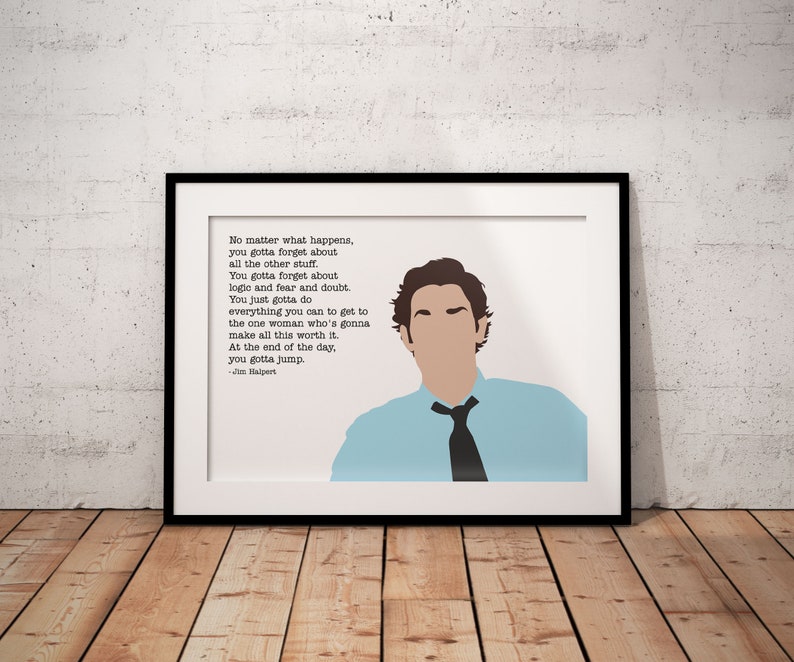 "You love Angela, Dwight. I think you always have."~Jim

Dwight and Angela finally got it together, thank goodness. Jim did do some sweet things. 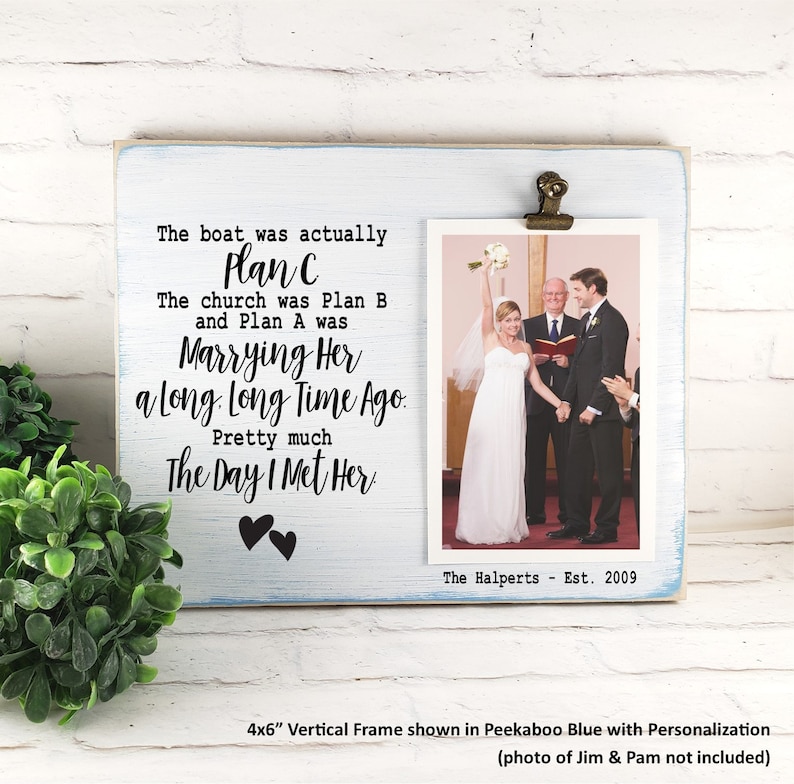 "Plan A was marrying her a long time ago. Pretty much the day I met her." ~Jim

A little creepy? Maybe, but overall still really sweet. There's a little bit of a stalker vibe to this, but he was staring at the cute and funny receptionist all day. I mean, who wouldn't fall in love? 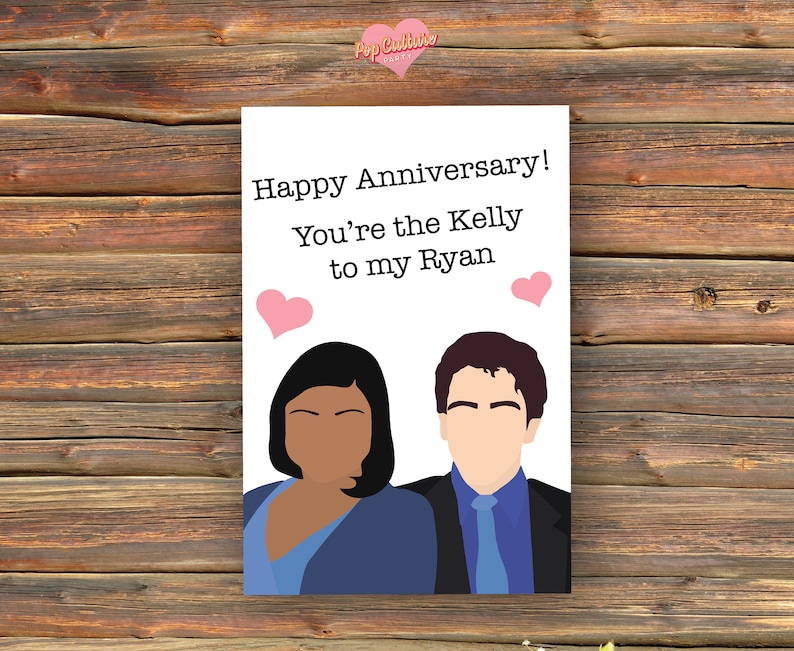 "Fall in love, have babies, spend every second together. But don’t tell him that, OK? Just tell him I’m like up for anything.” ~Kelly

We've all dated a Ryan. Charming but smarmy, he draws you back in somehow. Kelly is like really smart now, though.

Not enough for me? 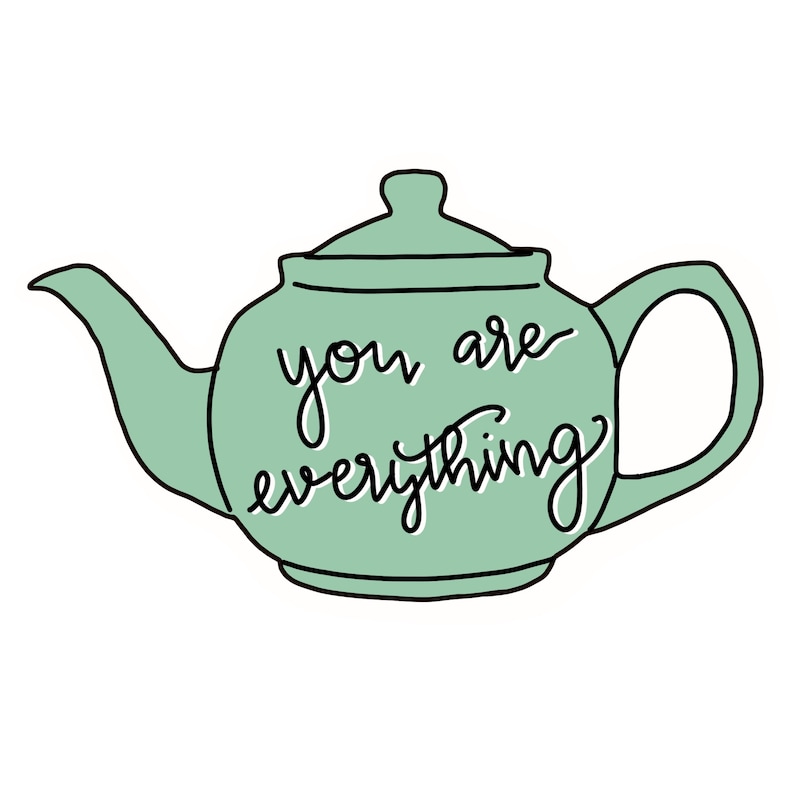 "You are everything." ~Jim

We don't have to know what's in the letter to know that she really is everything he wanted. Pam + Jim 4 Ever. 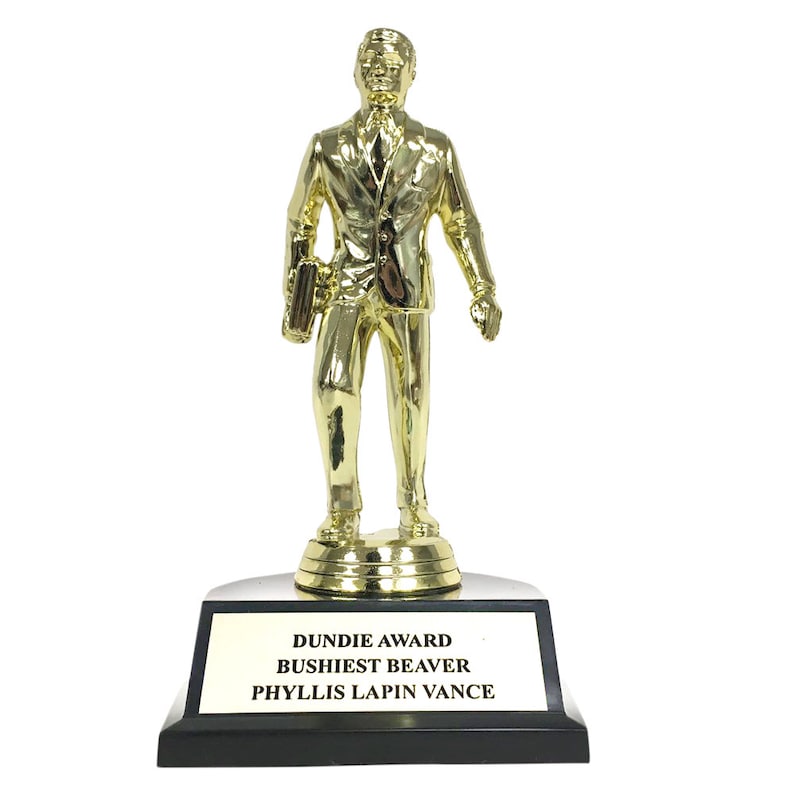 "Lots of people think that Stanley Hudson's a mean old grump. But would a grump make this? It's me."~Phyllis

Phyllis and Stanely worked across from each other for so long they became work spouses. Staring at another person for years is bound to leave an impression.