Review: The Best Instant Pots of 2020 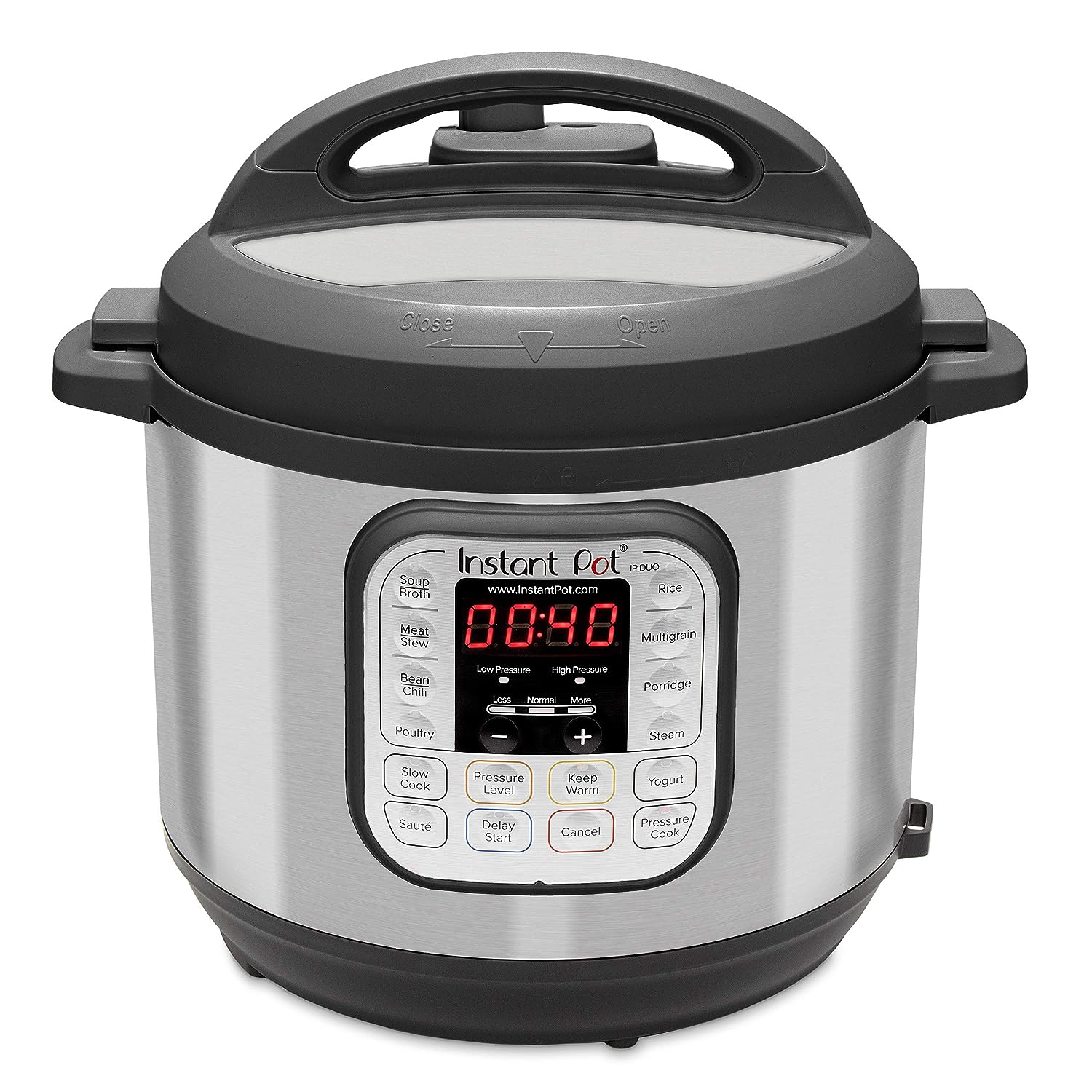 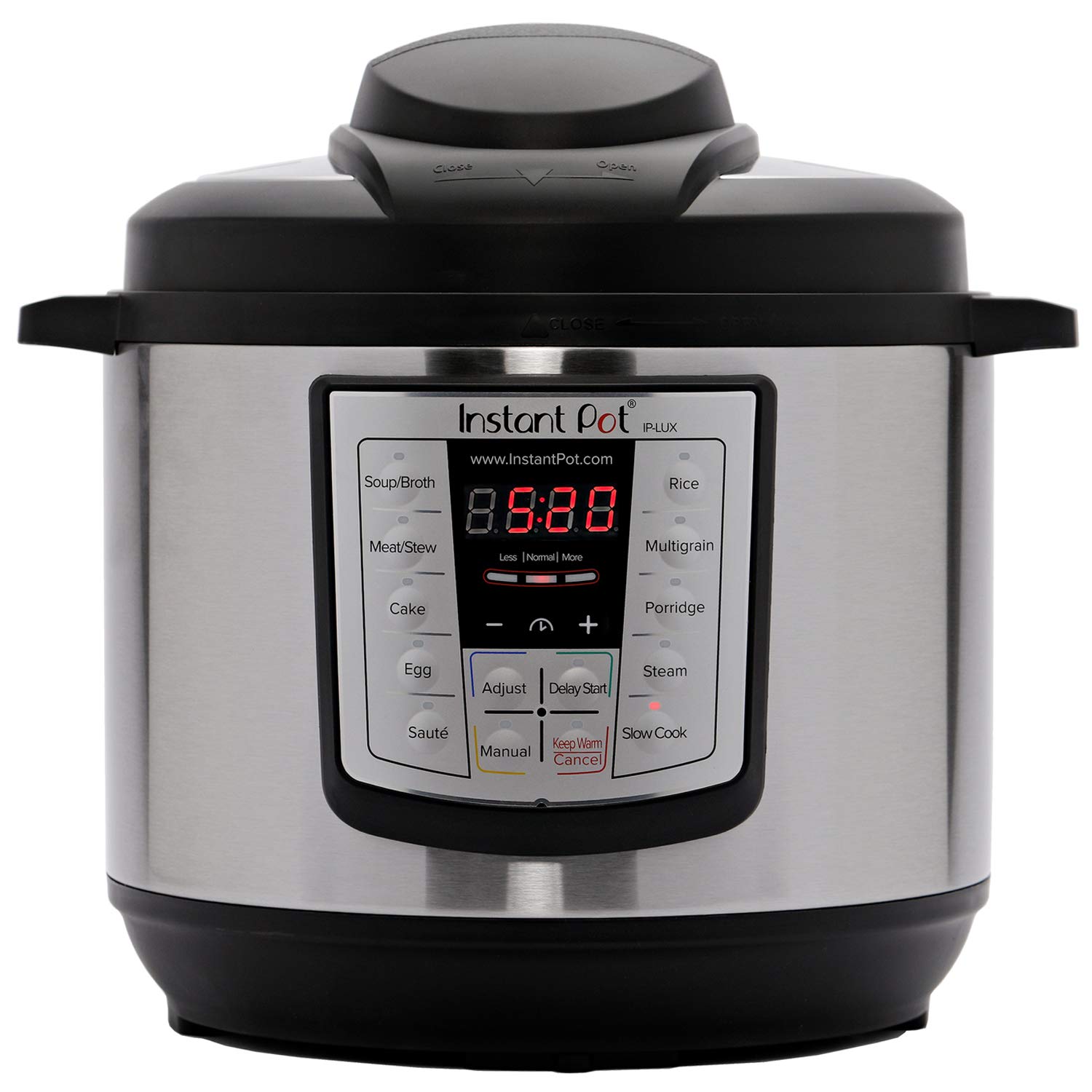 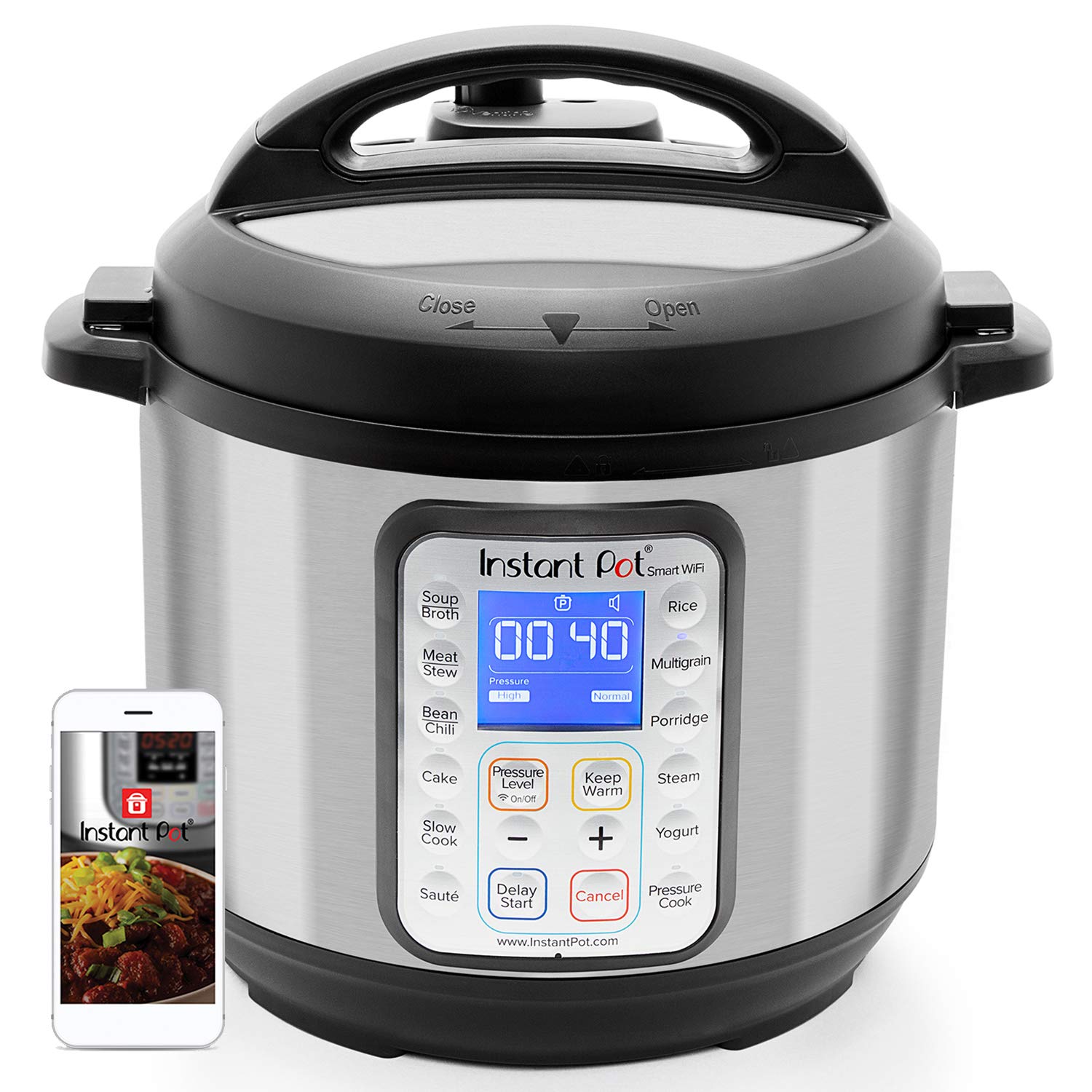 If you haven't heard, Instant Pots have become wildly popular among long-time pressure cooker users and novices alike. Users find that the Instant Pot can produce faster results than traditional cooking methods. However, there are so many models on the market, it is hard to sort through what makes each unit distinct. Here at Oola, we wanted to assist you in this process by recommending our top picks, while also showcasing each of their main product lines for you to have the necessary information to make your decision. Don't get left out in the dark on this popular cooking method: choose your Instant Pot today!

The Instant Pot Duo is the brand's best selling model and for a good reason. This model offers the most common features needed in the kitchen without the extras that come with the higher-end models that add on an additional cost. The Duo combines the work of a pressure cooker, slow cooker, rice cooker, steamer, sauté pan, yogurt maker, and warmer and conveniently incorporates them into one device. This model is one of the only that features a preset for "poultry" which is a big win for this model, and seemingly a miss for others. You get all of the tried and true Instant Pot brand quality for less than other models.

The Lux model is a 6-in-1 appliance designed to act as a pressure cooker, slow cooker, rice cooker, steamer, and warmer while also being able to sauté. As the base model, the Lux has a non-detachable cord and has only a high pressure mode unlike other models that also include a low pressure mode and will pressure cook for up to four hours. If you are not that adventurous in the kitchen and don't need the added features of the other models, you can save some money and get all of the primary benefits out of an Instant Pot with the Lux.

The Smart WiFi model is unique in that it is designed to partner with either Alexa or WiFi for on-the-go families who may need to start their cooker while away from the kitchen. The 8-in-1 works to replace the following appliances: pressure cooker, slow cooker, rice cooker, yogurt maker, cake maker, sauté pan, steamer, and warmer. The price point for this WiFi enabled option is similar to that of the Duo Plus and the Ultra. Multiple users have expressed concern with the ease of connecting the device to WiFi and recommend simply buying another model with similar features for less and using the delayed start feature. 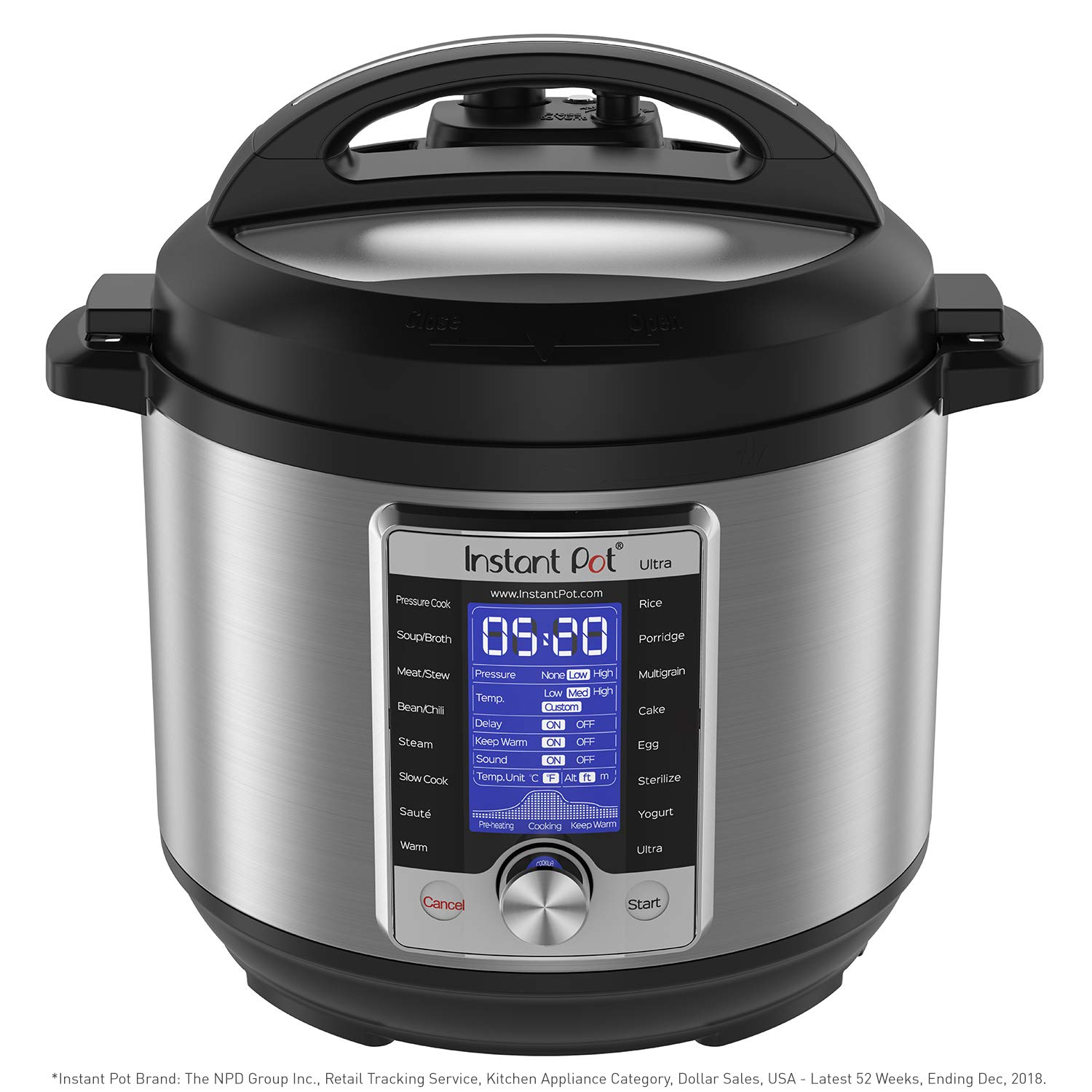 The Ultra 10-in-1 is designed to replace the following appliances: pressure cooker, slow cooker, rice cooker, steamer, sauté pan, yogurt maker, cake maker, egg cooker, sterilizer, and warmer. This model includes all of the features of other models with the exception of WiFi compatibility, canning, and sous vide making it a great value for the money IF you don't need one of those features. The variable temperature control is great for pros who want to experiment with their meals and portion sizes rather than relying on preset configurations. Features a sterilize option which is only found on this model and the Duo Plus which is highly useful for cleaning baby bottles. The only real difference between the Ultra and the Duo Plus is that the Ultra comes with the adjustable temperature control, otherwise the units are mostly the same. 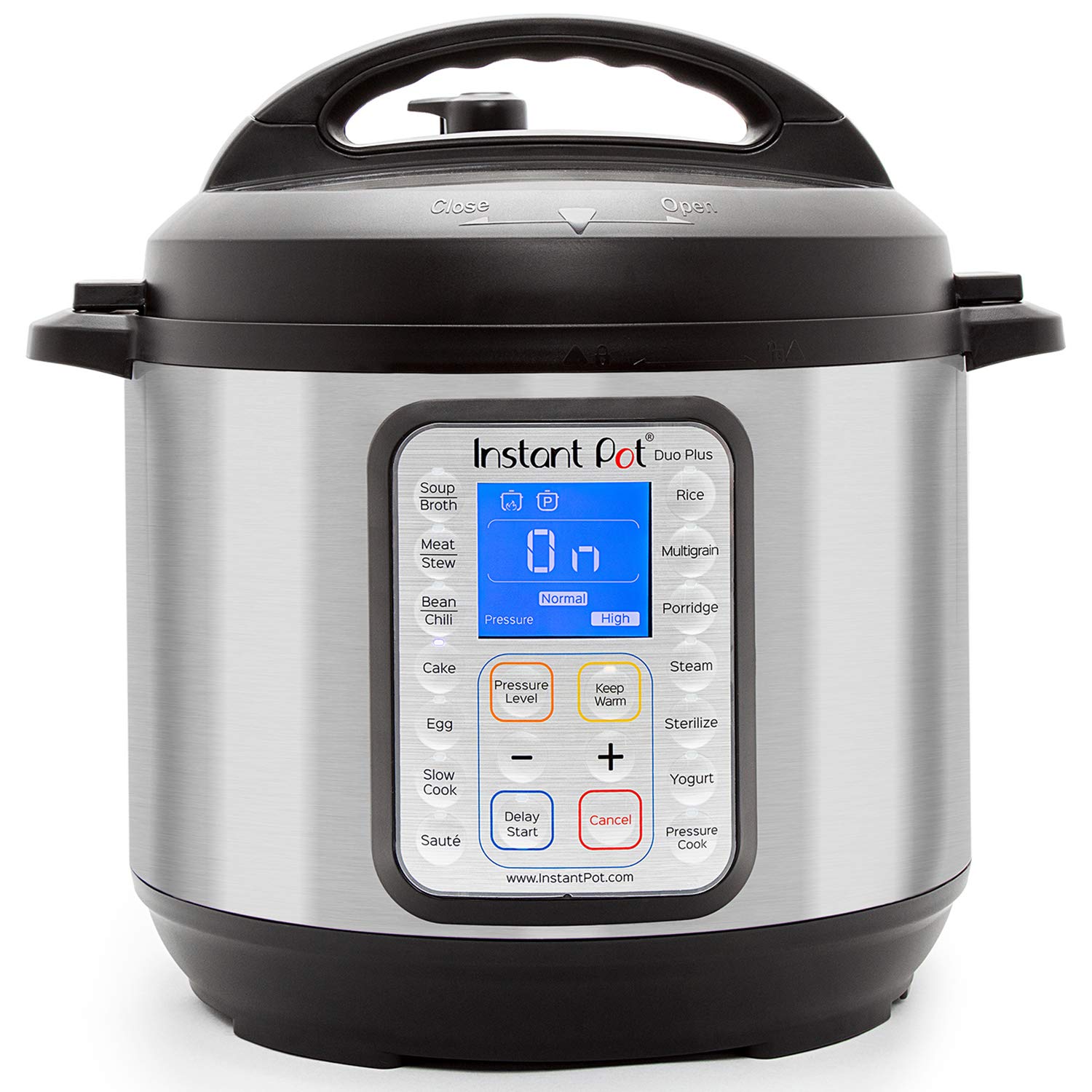 The Duo Plus is an upgraded version of the Duo with the added features of a cooking progress indicator on the new LCD display and an easy seal lid. The Duo Plus can do the work of the following appliances: pressure cooker, slow cooker, rice cooker, steamer, sauté pan, yogurt maker, and warmer, adding an egg cooker and sterilizing setting that the Plus model does not have. The LCD screen allows more detail to be shown compared to the base Duo model. If you would like an upgraded screen and additional preset options, then the Duo Plus may be a good fit for your kitchen. 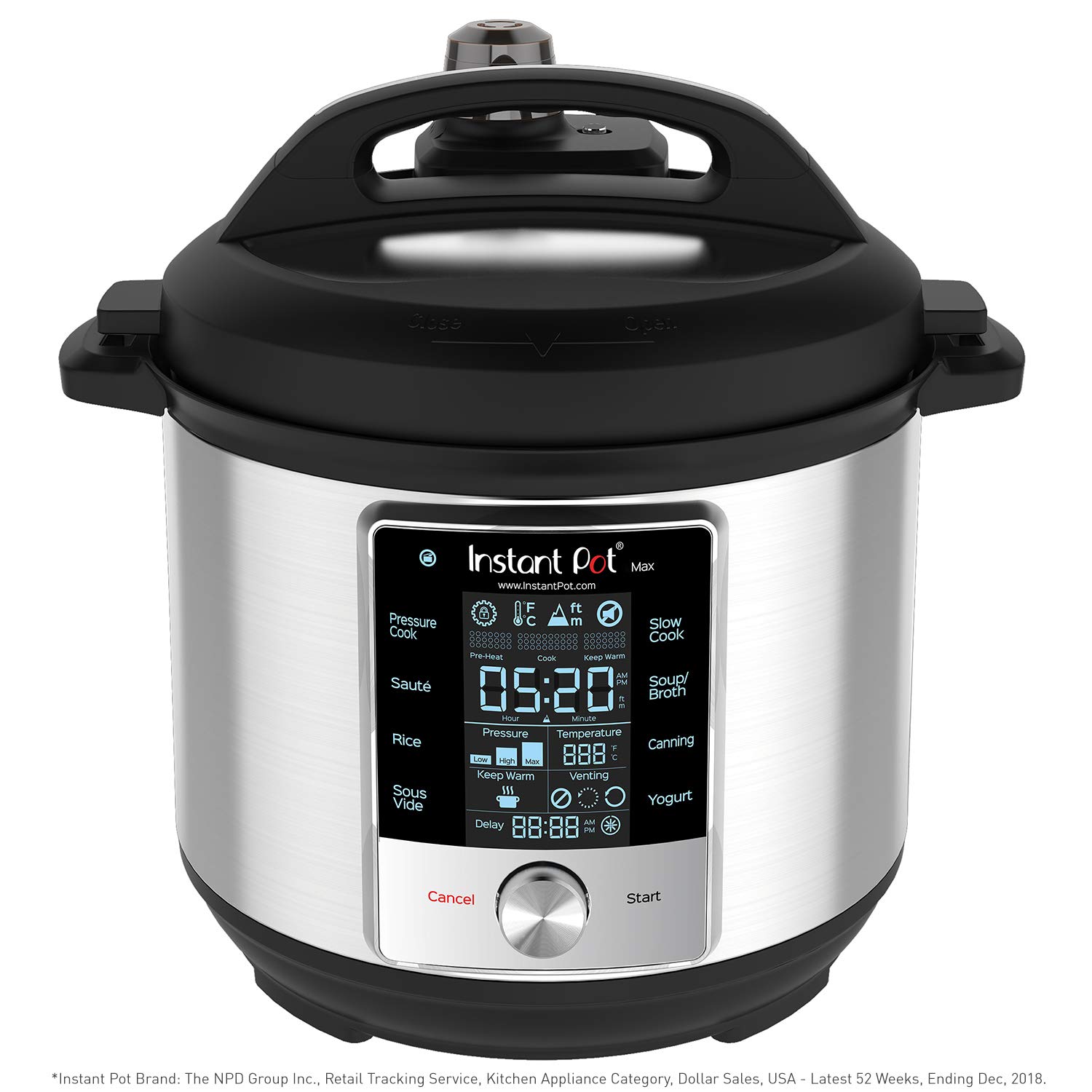 The Max 9-in-1 is a highly specialized device designed for a user looking to use it for canning and sous vide. This is the only model designed for these two functions. In addition to these two functions, the Max will act as an electric pressure cooker, slow cooker, rice cooker, steamer, sauté pan, yogurt maker, and warmer. For the cost, if you do not plan on using these two functions, it would would be wiser to go with the Ultra which is less expensive and will fulfill the needs of most kitchens shy of these two very specific tasks. The touchscreen is a nice feature as are the unlimited built in cooking programs that do set it apart from other models however.

Instant Pot has numerous models of their now beloved multi-function pressure cooker on the market and choosing between them can be a real challenge. Ultimately, the biggest differences between the models comes not from the actual cooking ability of the pot, but rather the preset cooking options that are programmed into them. The Oola team has looked through the various model lines and combed through online reviews to help showcase the differences between their top models. Here are the biggest features to consider when making your Instant Pot purchase.

All models come with food-grade stainless steal cooking pot, as well as a steam rack, soup spoon, rice paddle, and measuring cup. Each of these -- along with the lid -- is dishwasher safe. Additionally, all models come with a delay start feature for up to 24 hours so that you can program your cooker before leaving for work for instance. The biggest difference between most of the models are the pre-set option buttons programmed in, so check out which features your model comes with to avoid manual updates for common foods.

All of their models come in a traditional six quart option, while the Lux, Duo, Duo Plus, and Ultra models can also be purchased in either a three or eight quart size. A six quart should be able to accommodate a family of four relatively easily and up to a six person family depending on portion size, though some users have claimed that an eight quart is necessary for larger portions and/or families. Determine the size you need and choose a model with that capacity option.

The two lower-end models come with a basic LED display for temperature and timing readings. However, the other models feature a more robust LCD display, and at least one model with touchscreen capabilities.